Dragon Ball Z: Kakarot, an action role-playing game covering a large chunk of the Dragon Ball Z chronology, isn’t an entirely new idea. The Legacy of Goku series tried the same concept back in 2002. The titular Kakarot, better known as Goku, is a member of the warrior Saiyan species who, along with other daring heroes, defends the Earth against various adversaries. 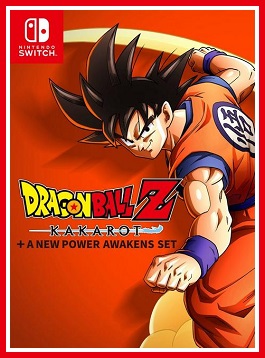 Kakarot is a meaty experience. Going through the story and doing a small amount of side-missions and exploration took you 50 hours, whilst trying to get all of the post-game content done could easily add another 25-35. Fans will be able to not only accompany him through the most pivotal events of the TV series, but also learn more about his life and get answers to their most burning concerns. Each one represents a location from the series, and as we proceed, we gain access to the next. The battle mechanism is arcade-style, evoking classic brawlers. On the ground and in the air, Goku and his opponents fight in melee or ranged combat, unleashing damage all around them. It’s important to note that in order to vanquish an arch-enemy, the protagonist must be physically capable of doing it. While you can make food for temporary, stackable status buffs, doing this is rather more involved than it needs to be.