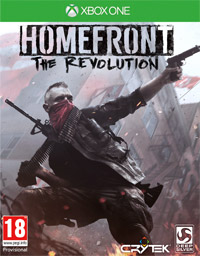 GAME OVERVIEW
Homefront The Revolution is an open world first-person shooter video game under development by Deep Silver. The Revolution throws players into a near future dystopia where catastrophic events have brought the United States to its knees and enabled the Korean People’s Army forces to impose a brutal military occupation. The player will have to scavenge parts from buildings and stashes to create and modify weapons and equipment. The KPA’s weapons are all fingerprint-locked and as such they will have a sizeable advantage over the resistance. There will also be side missions where the player will be called off to carry out tasks like assassinating a high-ranking KPA general or steal a KPA drone.