LEGO Jurassic World is a great love letter both to fans of the Jurassic Park franchise and fans of LEGO games. The strange addition of quick-time events to this entry was annoying, but looking past that, there is still a lot of content to enjoy. A more formulaic approach accompanies the adventure. 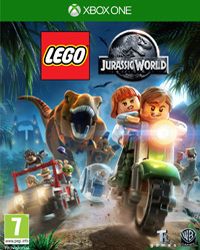 Jurassic World is a dull, occasionally frustrating experience with a lot of cute nods to the series for hardcore fans. That’s as good as it gets. From the puzzles to the combat to the exploration, everything feels less ambitious and entertaining than other recent Lego titles. That translates into a dearth of fun battles in the game. What little fighting you encounter is usually against the irritating Compy enemies, tiny dinosaurs who, when you try to do something else, strike in swarms. They usually consist of running around and trying to solve small puzzles to try to continue with the story if you have never played a LEGO game. There are unique classes for your customizable characters, but the story characters rarely adhere to these archetypes. This results in too much trial-and-error as you keep track of who owns a certain object or talent among your revolving cast of characters.