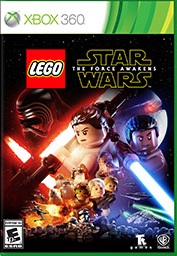 GAME OVERVIEW
Lego Star Wars: The Force Awakens is a Action-adventure game developed by TT Fusion. It opens with the Battle of Endor, which is a clever way of adding classic versions of Luke, Vader, Han, and the rest of the gang to the game’s vast stable of playable characters. You stomp around in an AT-ST, fight Stormtroopers as Wicket the Ewok, and fight alongside Vader as Luke to take down the Emperor. Mixing in a good amount of aerial combat and third-person shooting to the usual puzzle-solving adventure makes this feel like a more well-rounded package. Even those who have LEGO video game fatigue will be happy that the lightsaber-wielding blocks are back in action.