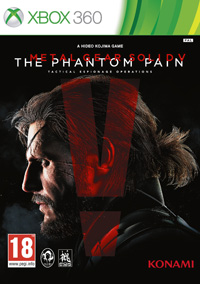 GAME OVERVIEW
Metal Gear Solid V: The Phantom Pain (Xbox 360) game is one of the most anticipated games of the year. Konami’s open world stealth game created and directed by Hideo Kojima. Metal Gear Online is included in the game. In MGO, players can compete in 6v6 or 8v8 team combat and pursue single, multiple, or alternate objectives. A new game design direction will allow the player to choose in what order the story events take place by selecting missions in any order they like, and yet still “understand the encompassing message by the end”.