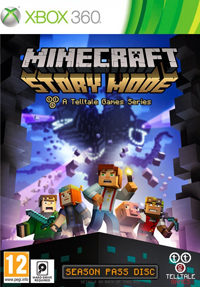 GAME OVERVIEW
Minecraft: Story Mode is going to be released episodically, with the first episode being the prologue that introduces us to Jesse and his band of friends as they go forth to find the Order of the stone. The story revolves around Jesse and their group of friends, who want to find a group of four adventurers called The Order of the Stone, who have slayed an Ender Dragon, in order to save the world from oblivion. Each member of the Order is the best at what they do, and represents a different kind of Minecraft player: Warrior, Redstone Engineer, Grief-er, and Architect.