NieR Replicant is a cross between a remake and a remaster of that Japan-only release, all of which is a long-winded way of saying that it’s a remake/remaster of an alternate version of the original NieR. From the start, the fighting system makes a strong impression. It’s very dynamic; the blows blend seamlessly into amazing combinations, and quick dodging and sprinting make for quick movement on the battlefield. 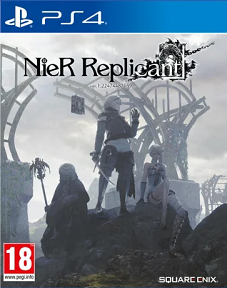 The game starts off with Nier as a young child, but as the story wears on, his ability to swing weapons and wield magic through Weissy becomes exponentially more powerful. Weiss also provides magical spells to the main character, allowing us to attack enemies with a hail of energy pellets, for example. Even though the game’s origins date back to 2010, we don’t notice it when we battle enemies, particularly the powerful bosses. The designers then impress us at every turn, introducing new stages, experimenting with perspective, and even incorporating elements that are typically associated with the bullet-hell genre. In addition to the main plot, the game has a number of bonus side quests. There are also parts and adventures in the form of mini-games that include farming and fishing, among other skills.