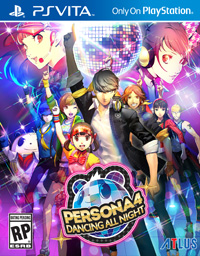 GAME OVERVIEW
Persona 4: Dancing All Night is a 2015 rhythm game developed and published by Atlus for the PlayStation Vita. Dancing All Night eschews the RPG format of Persona 4 in favor of as the title suggests that of a music game. Much like the Persona 4 Arena fighting game spinoffs, Dancing All Night remains a story-driven game. It features both new music and returning tracks from the past Persona 4 games. 30 pulse-thumping tracks make up the new Persona Sound in this rhythm-based action game. P4DAN is made in collaboration with Dingo Inc., the company behind Hatsune Miku: Project DIVA.