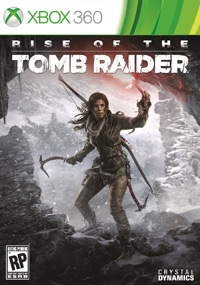 GAME OVERVIEW
Rise of the Tomb Raider is an upcoming action-adventure video game developed by Crystal Dynamics and published by Microsoft Studios and Square Enix. The tombs in the story won’t be very difficult, since Crystal Dynamics doesn’t want players to get stuck on them. But Rise of the Tomb Raider will also include more challenge tombs, and Rich Briggs, brand director at the studio, told Polygon that their puzzles will require a lot more brainpower than before. Combat has been redesigned with more options for stealth and sneak attacks. Lara can confuse enemies using the environment, hide behind bushes or in trees, or avoid combat altogether by climbing trees or traveling across roof tops.