Rust is enthralling, proving to be fertile ground for player-driven stories. However, the cost for taking part in those stories is high; Rust’s deadly and tedious world rewards only the most tenacious and stubborn players. To survive in the world of Rust, we must not only win battles, but also deal with the more mundane aspects of life, such as food preparation. 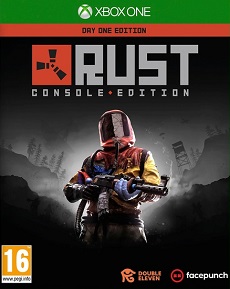 Every game begins with the player waking up on a random spot on the map with only a rock and torch. From there, you have to gather materials, chopping wood and stone. Our protagonist must eat on a regular basis; otherwise, he will starve to death. Clothes are also crucial. Temperatures below freezing are also a concern. The game has a crafting system in place that allows us to make more or less complex tools out of the junk we find while exploring. At the center of Rust lurks something fascinating, with the Wild-West sense of lawlessness and the exploration of trust and betrayal that emerges when trying to survive.