SEGA Genesis Classics is a collection of the Japanese gaming company’s most iconic titles. That means games like the original “Sonic the Hedgehog,” “Streets of Rage,” and much more. All the favorites are here, from Sonic and Streets of Rage to Phantasy Star and Golden Axe. Unfortunately, a couple of games got the axe in this repackage: Sonic 3 and S&K won’t be along for the ride. But we over a dozen more games to make up for those losses, big as they are. 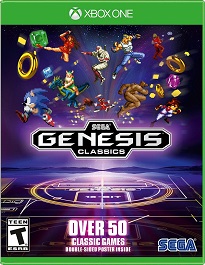 For retro gamers and Sega lovers, Sega Genesis Classics is an excellent series. It uses a virtual ’90s kid’s room as its hub, instead of only making you select games from a plain menu. It helps to take you back to an age. Some notable games, particularly the Ecco the Dolphin series and Sonic the Hedgehog 3 series, are missing from the list (and its add-on pack, Sonic & Knuckles). But it contains a lot of fantastic titles, like the Zelda-like Beyond Oasis, that are usually not added to these kinds of collections. It also contains several excellent games from the development of Treasure, including the Dynamite Heady 2D platformer and the Gunstar Heroes co-op run-and-gun title.