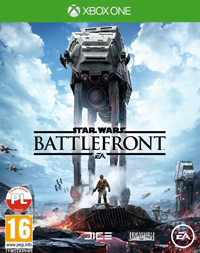 GAME OVERVIEW
The ominous thud of an AT-AT stomping down. Rebel forces firing blasters. Imperial speeder bikes zipping by. Intense dogfights between squadrons of X-wings and TIE fighters filling the skies. It has all the flash-bang bombast you want, cannoning you from FPS gunplay to turret destruction to vehicle dogfights, even occasionally into the flexing, superpowered bodies of its most memorable characters, like a very violent episode of Quantum Leap – it is, quite frankly, a relentless, giddy, air-punch generator.