Tales of Arise marks a bit of a makeover for the long running JRPG series. It’s been around for decades, often depicting a bright, energetic anime aesthetic with playful characters and locations. The plot is heavy handed and exploration remains painfully by-the-numbers, but I’m confident it will address these complaints throughout the rest of the game. 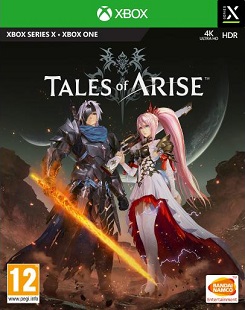 Arise opens on the fiery planet of Dahna, which has long been enslaved by Rena, a planet that looms ominously in the sky and acts as both a physical and symbolic representation of the tyrannical rule it places upon its inhabitants. The game’s plot is centered on two planets: Dahna and Rena. Rena has long been venerated by the people of Dahna, but the relationship between them is scarcely one of partnership or friendship. Rena’s riches are mercilessly exploited by Dahna, who regards its residents as slaves and inferiors. The battle system is akin to that of an arcade game. Our charges have distinct abilities that evolve throughout time as a result of the local development system. It’s worth noting that as time passes, heroes obtain titles that can be combined to change their battle capabilities. In addition to the aforementioned features, the game also includes fishing and plant cultivation. There are also’skits’ in Tales of Arise, which are short chats between characters that help players to get to know them better.